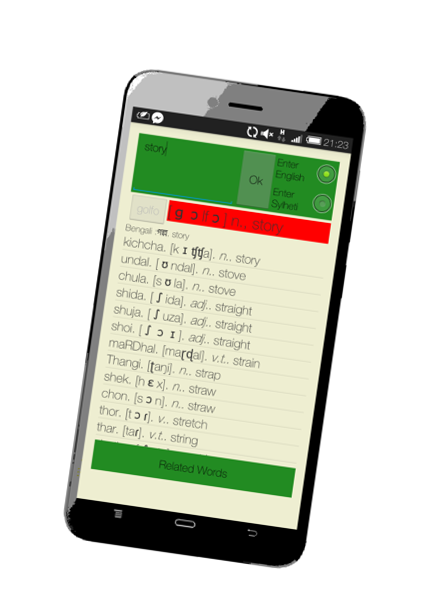 The dictionary shows that Sylheti is significantly different from Bengali in terms of vocabulary and pronunciation. With Alumni and Friends Fund financial support we worked on the first beta version of an Android app dictionary for the Sylheti language. Download it for free on Google Play. 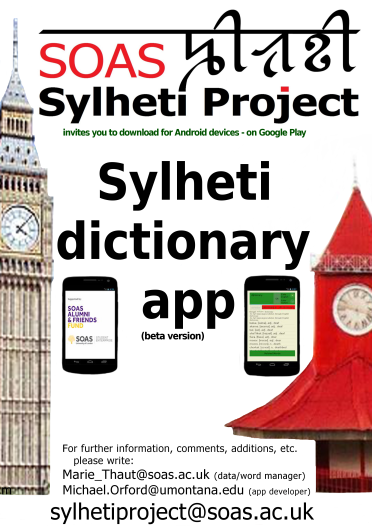 The SOAS Sylheti Project compiled a database of approximately 4000 words for an under-documented minoritized language. By making our dictionary available digitally, we are able to reach people who are interested in Sylheti in particular and in minority languages in general, language learners, as well as academics both in and outside of the UK. The SOAS Sylheti Project will further confirm the international profile of SOAS as a centre for the study and promotion of languages of the wider world.

The SOAS Sylheti Project’s work on compiling the dictionary has not finished. After our first beta version of approximately 4000 words in app form, we will keep on expanding our database and releasing new versions/editions of the dictionary.
We are also working on releasing an
internet version.